What's on your mind?

these are just some opinions of mine that are completely true, and are a core part of my identity. and all other opinions are are trash, and if you try to state them here, i will take it VERY personally. 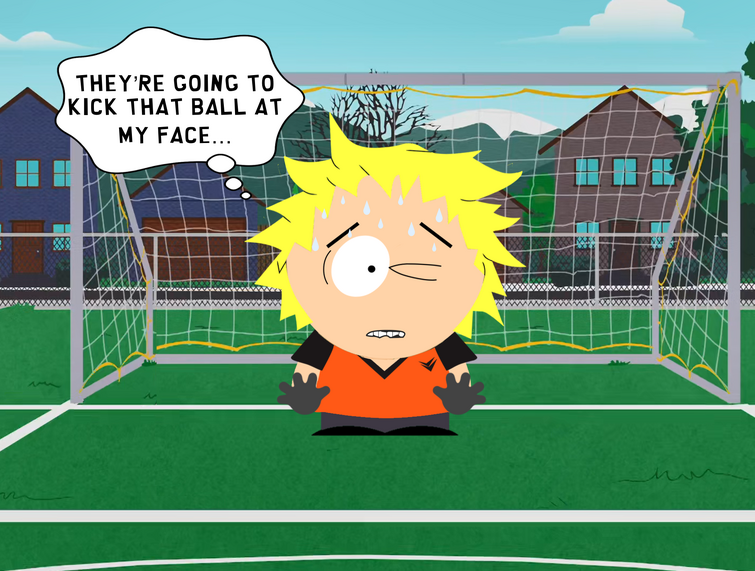 Just pretend that his standard SP styled shoes are black sneakers since I forgot to change them.

(Sorry if you guys can't see it)

He never really meant it. And if he did, the way the people he is "racist" to are portrayed in a bad way such as the Gingers and the Hippies. Also, I have sent a letter to Trey and Matt.

This episode has two plots.

A scare from the Russian, Iranian and Chinese governments upon the U.S. results in the U.S. government turning on Stan and Kyle for their antics of saving the United States from crises, as well as Butters for pissing off Russia in the pony race. They're sent to diplomatically defend Taiwan from a possible invasion, irritating Xi Jinping. Fortunately, Kenny finds out about their plight and goes on to their rescue. He delivers a speech about how war is bad, enough for both alliances to put their arms down. However, this pisses off Jinping, who-in a fit of rage-attacks Kenny, killing him. Stan, Kyle and Butters are returned home in front of a large crowd.

Meanwhile, Cartman finds out most of the kids in his school have done things far worse than him. Because of this, he becomes a bully target for the older kids. The teachers in his school are also revealed to be like prison guards. He quickly develops a thuggish-hippie personality, receiving tattoos from his classmates, and hanging out in the hood side of Denver. He is also seen in an anti-war protest, and as part of the crowd that receives Stan, Kyle and Butters.

S26E4: The Return of Crunch

Mintberry Crunch returns to Earth after a long sabbatical in Kokujon, much to the dismay of Henrietta when she finds out. Crunch returns to his civilian alter-ego, Bradley, and re-enrolls in SPE. He finds it much more quiet and boring due to Cartman's absence. At first, Henrietta declines anything to do with Bradley. Then the Goth Kids wander to a cave to do their rituals, before finding out that they are lost and the cave could collapse. Bradley hears their distress call, and promptly transforms into Crunch. Kenny, as Mysterion, offers to help, and they both save the Goth Kids. Henrietta agrees to have more patience with Bradley and to try and get along with him. They eventually bond through teaching each other their inner superhero powers, as well as satanic and nihilist rituals.

Why don't we all offer our services to do voices for @Artsy the Creator for their new movie? 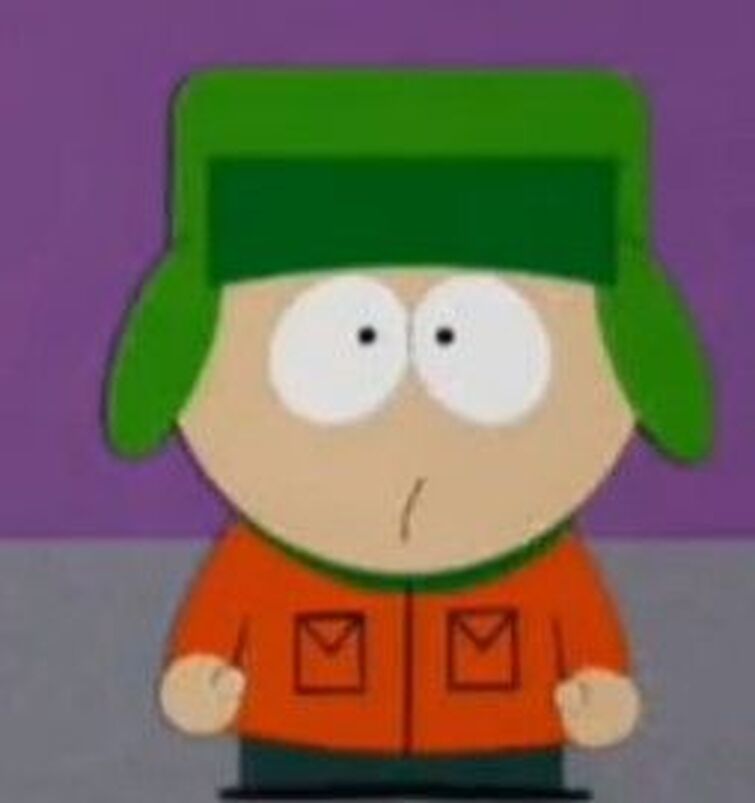 A recent thread here got very out of hand - two of them, I'd say, actually, but one of them seemed to resolve itself peacefully, and the other needed to be deleted.

Shout-out to @Zaquarvious for stepping in and asking other users to be peaceful. 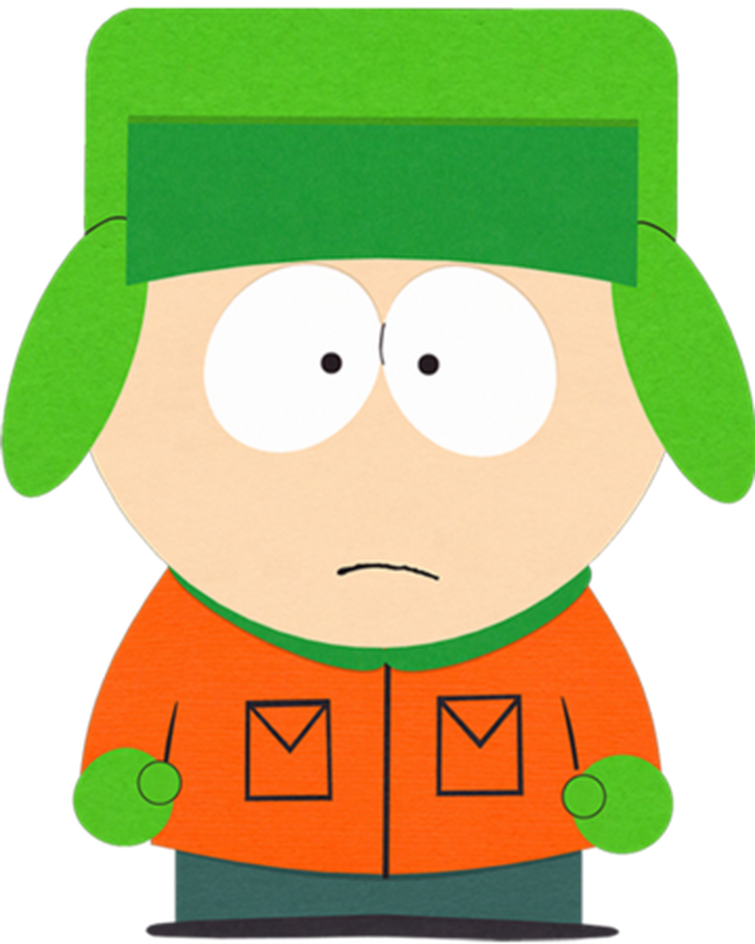 (edited by Artsy the Creator) 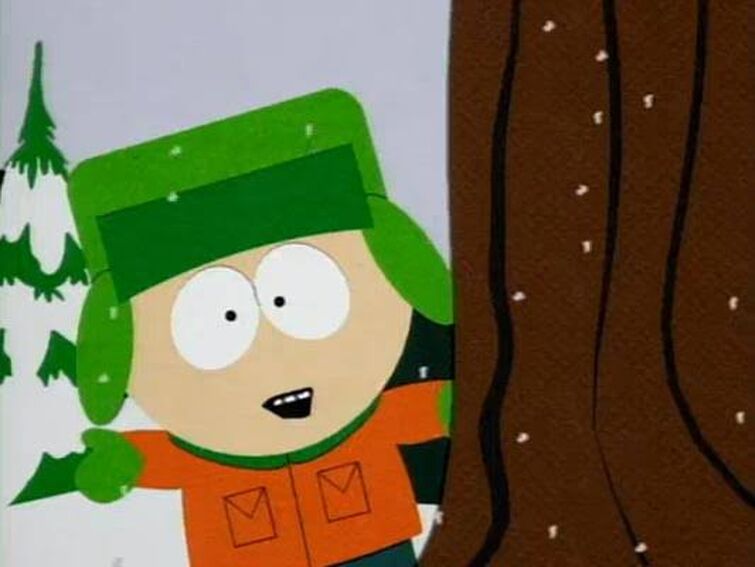 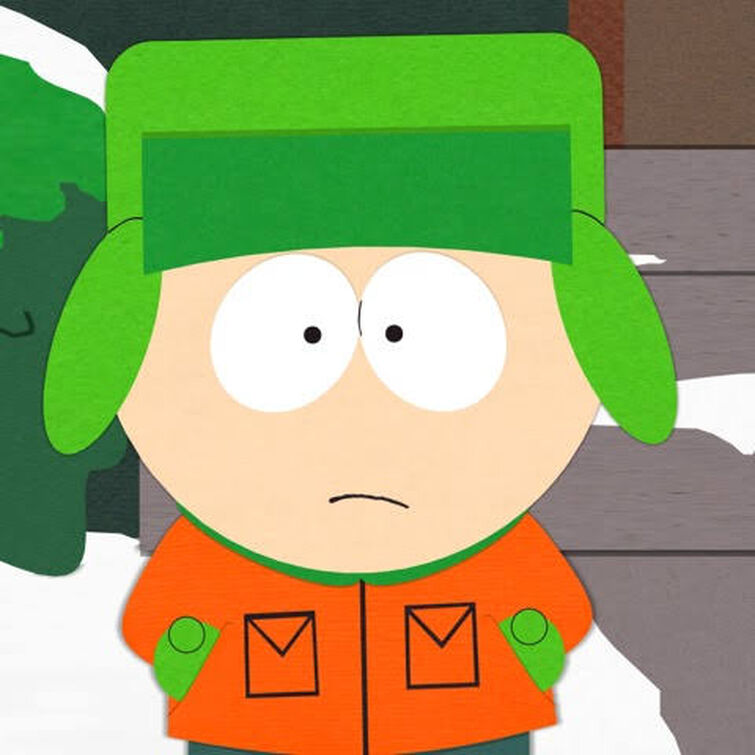 So did Kyle lol 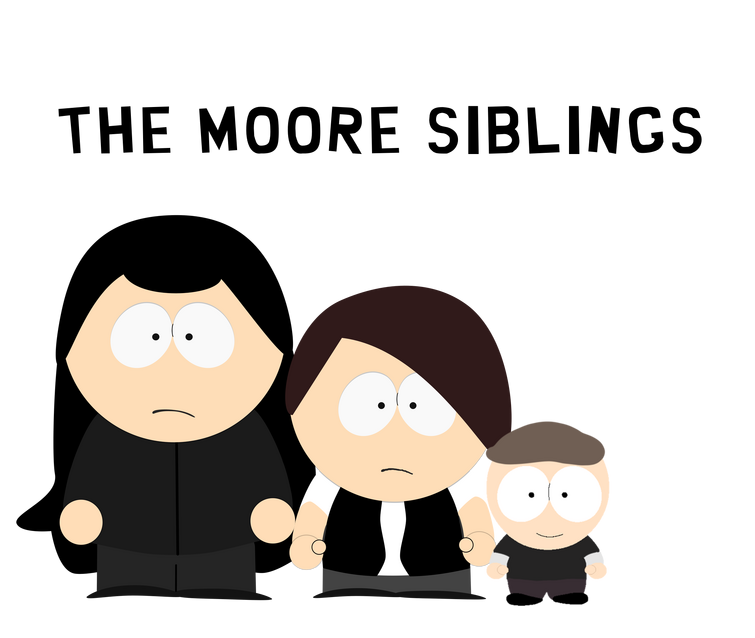 Here’s an official render of the sassy Jessica, cynical Oliver and young Noah.

(edited by Artsy the Creator)

It’s about three siblings, the oldest and the leader of the trio is the sassy and sarcastic Jessica Moore, the middle child is Oliver Moore who is cruel but also the most level headed of the trio and Noah Moore is the youngest but the most violent of the trio.

They’re bullies and like to torment other kids who are weaker and nerdier, however, they’re not bigots and just bully others to assert their dominance.

Although this trio of siblings are all main characters, Oliver acts as the unofficial protagonist but in the original story, Jessica was the main focus.

The story takes place in Middle Park and some characters such as Kyle and Nichole are in the series, with the former being a recurring character and often the voice of reason to Oliver and his siblings, despite his overall sweet personality, he is shown to be super hotheaded in certain situations and can be outspoken if necessary.

I don’t intend to develop further this idea because I feel it’s too fanon and some people might not agree with the portrayals of Kyle.

What is everyone's favorite topping on Pizza and my is Pepperoni Pizza what about you guys? 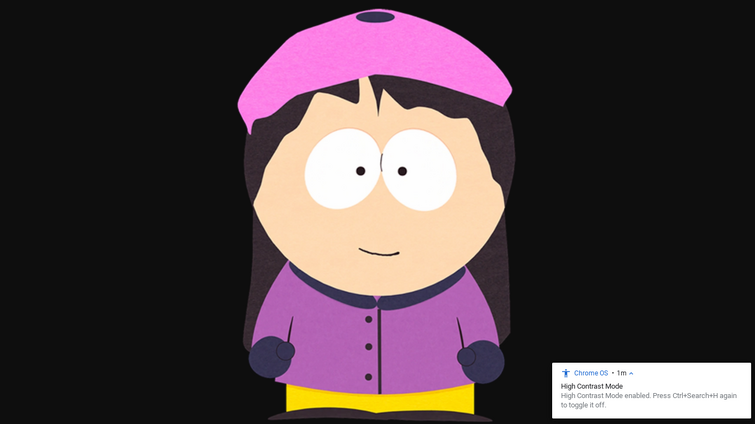 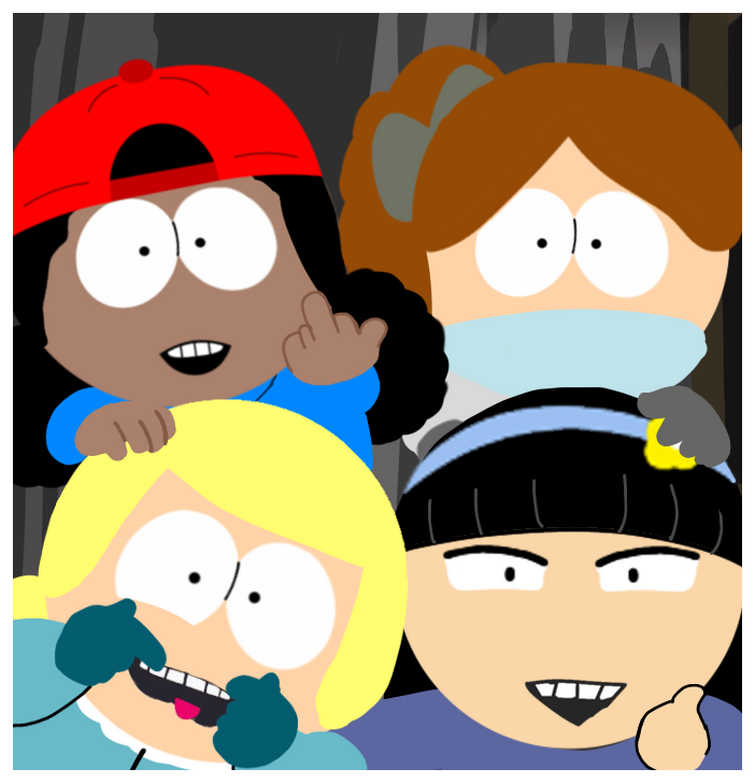 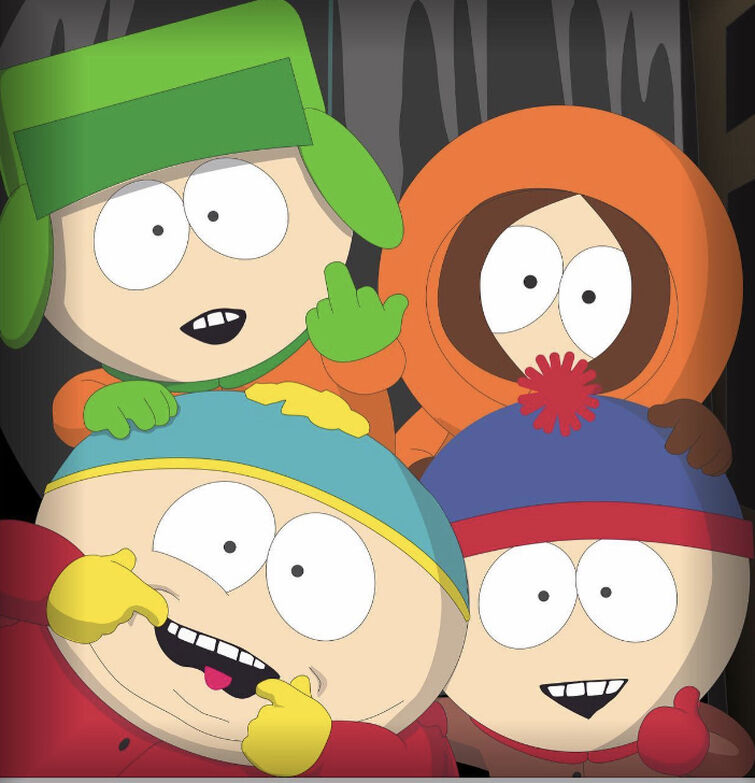 I’ve had this SP t shirt for a few months now (please ignore the fraying I’ve worn it a lot) and for some reason Stan Marsh is doing the most ridiculous pose ever. I can’t find an official image of him doing it as instead I get an image of Kyle doing the exact same pose on the SP website when you go to buy merch and filter by character. Also cartman looks a bit off too (they changed the expression of his mouth). Is this an honest mistake or just crappy design on official merch? Stanley looks creepy here/he smoked too much weed with Towelie and is now high.

Its driving me crazy as I have a super Mario t shirt showing the main characters from the franchise but somewhat worse. Wario’s nose is too purple, yoshi looks creepy/stoned (alternate design) and peach looks scary. 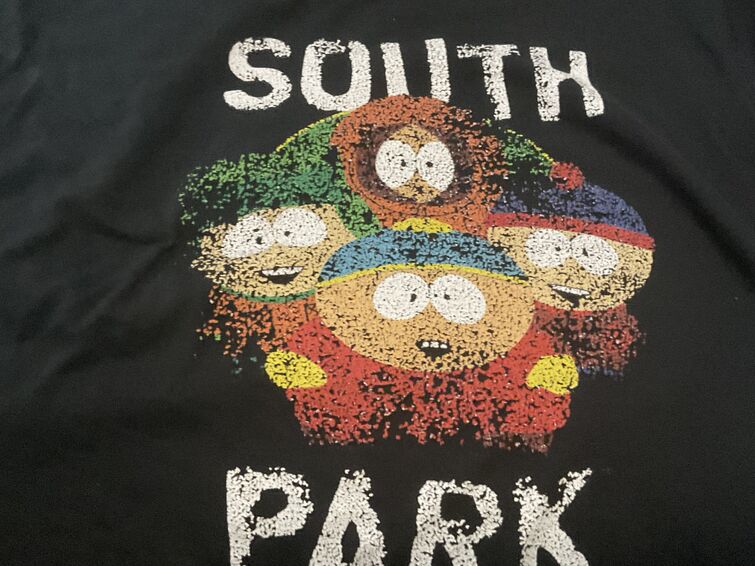 I've been thinking that an entire movie might take a lot of work so what do you guys thinks?

64 Posts•New reply 3d ago
Off Topic